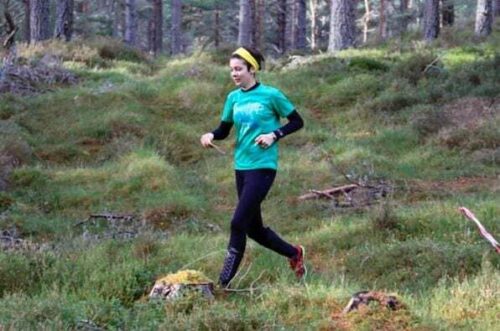 Train Journey -
I travelled up with fellow orienteer Hebe, getting on the train at Milton Keynes Station. As we came to our first changeover at Preston we realised we were going to be running late so we had to sprint to the other platform. Ironically, the train was there but it was full to the brim, so we had to wait for the next train. Unfortunately this wasn’t our only problem as once we arrived at Edinburgh we’d missed our next train onto Aviemore. This did mean that we met up with some others going to Lagganlia during our two and a half hour delay. Eventually, we got onto our last train and got to know some of the people on our carriage. We arrived at Aviemore at about 7.30pm. On arrival at Badaguish Cairngorn Outdoor Centre we were informed that some people would have to stay in pods for the night as there’d been a problem with the other lodge. Luckily, Hebe & myself were the last people in the other cabin. We had a very late dinner and afterwards everyone introduced themselves, followed by our first briefing.

Day 1 -
My roommates decide to wake up at 6am in the morning! I don’t know why, because it only takes 10 minutes to get ready and breakfast wasn’t till 8am. You can tell I’m not a morning person! We had a small drive to this days area. It was covered in beautiful purple heather, which looked nice but was a pain to run on. First our training groups coach led us on a map walk, walking around the terrain which helped me settle into the contours and terrain. My favourite course I did on this day was ‘short and subtle’ which was half short legs and the other controls on very subtle features. Lastly we had a relay and even though I was tired my team came third. Once we got back our coaching group discussed how that day had gone.

Day 2-
Todays focus was on ‘simplifying’ as the area was very complicated. In our morning brief we drew our own maps with only key features on there. Once we got to the training area I had the news that we’d be doing a time trial, so I was a bit nervous. It was to show the difference in speed on different terrain, so 500m on track and 500m in woods. We moved on to our sketch maps and I didn’t make any mistakes. It helped me pick out key features to help me navigate to my controls. After that I did some more courses and my junior coach helped me with bearings and pacing. It made me a lot more confident when taking bearings.

Day 3 -
This was my favourite terrain as it was extremely nice to run on and right next to the sea at Moray Firth. The courses got me used to the contours and the terrain had nice large flat areas with obvious hills around it. Later on we did a line course where we had to stay on the line counting the controls on the way round, most of it was in this flat thick woods so I focused more on positive features. Lastly we did a tape race and I really enjoyed this. There was a mass start and there were 11 tapes at certain controls and if you got a tape you had to go to an extra control which made it fair. I managed to get 4 tapes.

Day 4 -
This day we did sprints. Personally I'm not a big fan of sprints. We had the heats at our camp which was fun as we sort of knew the area. A large stream separated the camp with three crossing points, with a central field surrounded by pods and other buildings. On the other side was the playing field and the side where the main track was. I didn’t make any mistakes but still didn’t do great which I think was because I lacked confidence loosing time as I kept checking my map. We had the semi finals at Glemore Lodge (Sport Scotland). I made a bad mistake which messed me up. But it was still fun to watch the finals. When we got back we did the obstacle course rings at our camp. It was funny as people fell into the pond. I decided to do it and got a tip from a friend who was the first one to do it and managed to make it the whole way across without falling in.

Day 5 -
We focused on breaking down legs by using traffic light courses. ‘Green’ is where on the long parts leading up to it you can focus on speed, but as you get closer so ‘Orange’ you slow a little and pay a bit more attention and then ‘Red’ is where you are completely focused on the details to find the control.

Day 6 -
The last day was the Tour Champs. When we arrived it was really misty which wasn’t the best but looking out over the lake it was gorgeous. I was pretty nervous as I had been told I’d be the first one out which was daunting but it meant I had no distractions. Straight away I took an accurate bearing to control 1 and again pinpointed 2. I went in too late for 3, but found it quickly. Controls 4, 5, 6 and 7 were perfect with no mistakes at all. Then the heather from 8 to 9 was a bit annoying and as I was on my way to 10 I fell in a marsh. I had already turned over my map and looked where my next control was and had a nice flow out of the next control. There were lots of controls around 13, 14 & 15 so made sure to check my control numbers. All the rest were done perfectly and I finished 6th. When we got back we went over our experiences of the whole camp and what we’d learnt. For our last dinner we had a halloween themed dinner with a three course meal. Now apparently it’s camp tradition to escape on the last night so lots of people where discussing how to escape. I decided not to but watched the chaos unfold as people climbed out windows only to get caught.

Train Journey -
To get back we had to wake up at 5am, so we could pack and have breakfast. We had the first train out, so got on the bus as the others waved us off.
It was so nice to make some new friends, some of which I’ve since met up with again at orienteering events.
Taylor Gooding (SOS) 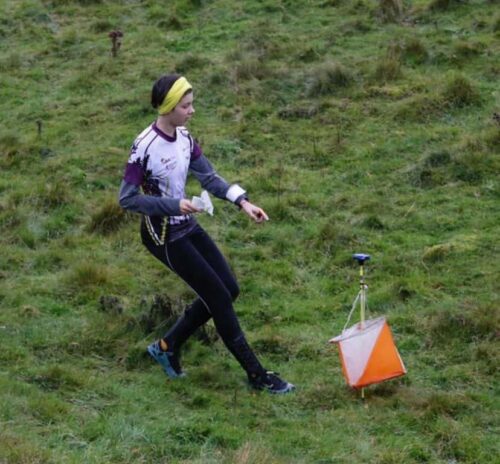 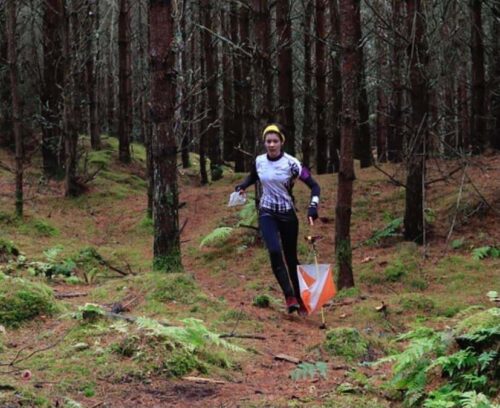 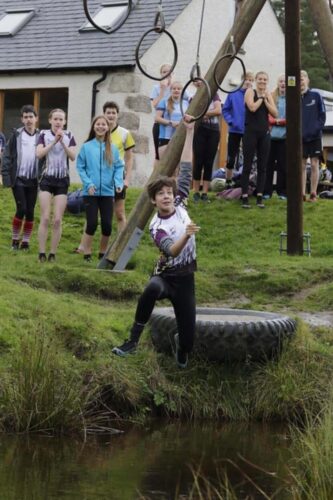 click/tap photos for a larger version